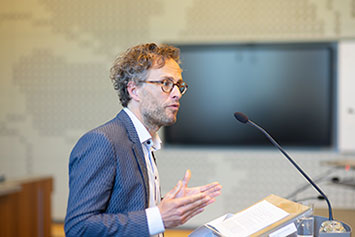 Scheers Advocacy brings added value through specialization in regular Dutch and European immigration law and penalty (fines) proceedings under the Foreign Nationals Employment Act (Wet arbeid vreemdelingen, Wav). This means that these specific areas of the law, which are continuously developing, get full attention.

Scheers Advocacy thoroughly monitors new developments in these jurisdictions, maintains excellent contacts in the field and ensures that its expertise is up to date. Erik Scheers’ knowledge of immigration law, experience and contacts come from all angles (360 degrees). As a lawyer at the IND he represented the Minister / Secretary of State; as a senior (staff) lawyer in the Aliens Division of the Amsterdam Court he was concerned with the immigration law policy, he was the chairman of the judges-meetings and as a secretary he was concerned with the complex immigration-cases. At Everaert Advocacy, as a senior associate, he was thé litigation lawyer, senior specialist in European migration law and Wav penalty proceedings as well as head of the employer’s sanctions department.

As a specialist lawyer the aim is to prevent law-procedures, however, when necessary, all procedures will be guided through the highest national and European Courts. This has already led to many pioneering successes, the outcome of which has often not only had positive impact on his clients, but also on Dutch immigration-policy and practice.

Erik lectures about the Foreign Nationals (Employment) Act and frequently writes about employment and family migration in professional journals and popular media.

Contribution to the bundle “Text and notes Modern Migration-policy”

For a list of publications in Dutch please refer to the Dutch profile page.

Memberships and other positions